Find out the official video >>

Come to visit us! Find out where

Born in 1999, founded by Valentina Arcuri and Carla Peirolero, professional of theatre and communication, Suq Genova mainly operates in Genoa, organizing successful cultural initiatives and theatrical productions. It pays special attention to gender and multi-cultural issues. The events realized so far have had a strong impact on the social and educational field, attracting a large public and the interest of information media. Its most successfully event is the Festival Suq. Together with the Festival was born the Suq Theater Company, that uses a mix of music, prose and dance, based on ethnic and intercultural themes that has always characterized the Festival Suq.

The activities are created to promote and make aware of the importance of intercultural dialogue and the respect of all people's fundamental rights. Throughout shows, performances, cultural events and Festival Suq, is created the occasion for cultures and ideas exchange and comparison.  In these years it built a network of collaboration between European and Mediterranean artists, encouraged from natural lean of the city of Genoa, where takes place the main part of the activity, which have all along a multicultural vocation and which is a gate between Europe and Mediterranean.

In recent years, the Festival and Theater of Dialogue project has received numerous awards, including Best Practice in cross cultural dialog in the EU Report from 2014. The Festival is also supported by the Ministry of Culture, the Liguria Region and the Municipality of Genoa.

Visit our photogallery>>
Find out more>>

The Suq is an annual Festival that usually takes place in June in the beautiful city of Genoa, historically known for its cultural mix since ancient time. A first edition of the Festival has been organised also in Milan in 2015. The Suq Festival is inspired by the pre-Islamic marketplaces, where goods as well as cultural experiences were exchanged.

We invented the Suq Festival to create a new stage where artistic performance has no cultural barriers, in order to provide an international representation of cultures. We also aim to enhance collaborative interaction between communities of immigrants and local communities by promoting mutual knowledge exchange through music, theatre, debates, food and friendship. Over the past years, the Suq Festival has gotten the attention of many companies and institutions which are now part of a wide network of partners.

The Festival is also officially inside the EFFE Network (Europe for Festivals, Festivals for Europe) the branch of the European Union which promotes art through Festivals.

Suq in a interesting research: “Utopia with NO Guarantees” in Creative Urbanity – An Italian middle class in the shade of revitalization, by Emanuela Guano Pennsylvania University > 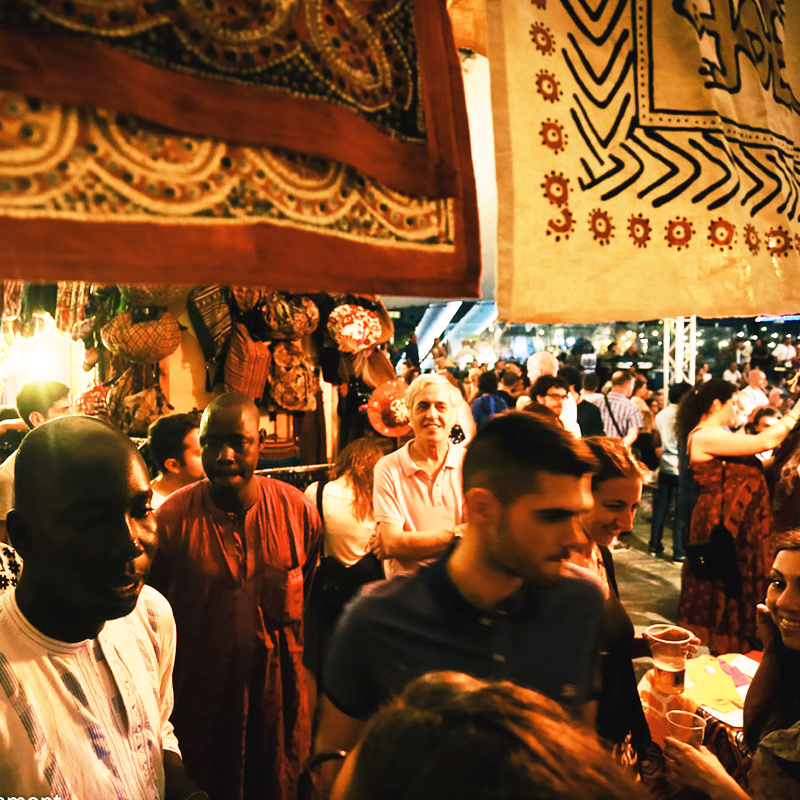 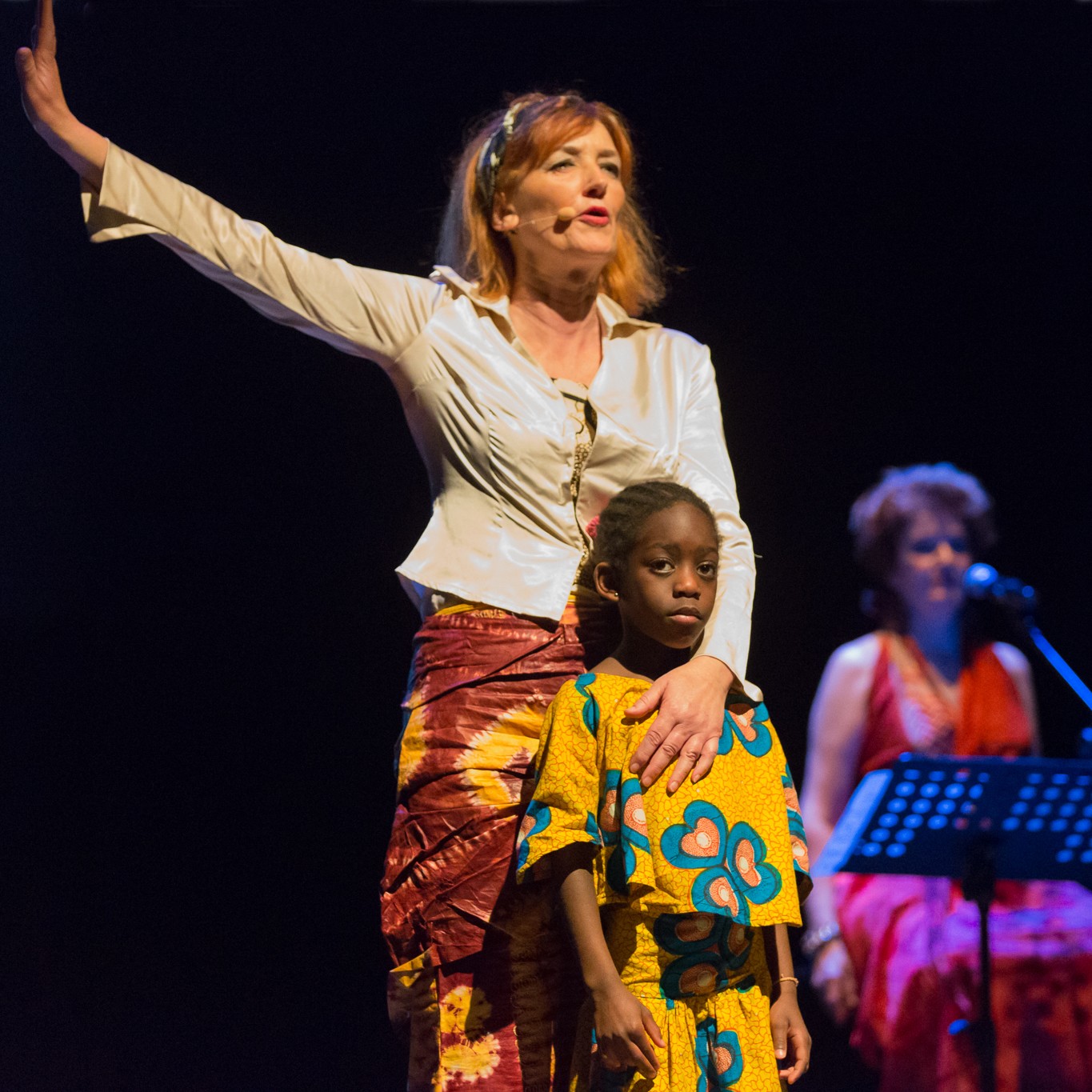 The Suq Theater Company is specialized in musical theater with actors, dancers and musicians coming from different countries. They perform shows inspired by  international literature, intercultural topics and the dialogue between religions. Directed by Carla Peirolero, it brings together artists that perform the charm of distant countries and the desire to open themselves to cultural exchanges.

20 shows so far, made in collaboration with the main theaters of Genova and some national festivals. Some of them were co-produced by Teatro Stabile of Genoa such as Oliver Twist, Clandestine Mothers, Cafè Jerusalem, or made in collaboration such as: The foreigners bring fortune, Mama Africa and On Gulliver's road.

Christmas Carol was co-produced by the Carlo Felice Theater, a very famous show in a long time. Another special show of the Suq Company is Esistenza soffio che ha fame, written and performed by Don Andrea Gallo and Carla Peirolero which has had a lot of success over the past ten years.

In 2015 Suq Festival Company produced Cuciniamoci il futuro - a theatrical perfomance which brought together actors, musicians and a worldly Italian chef - and Teresa, mon amour - the first Italian production of a play by Julia Kristeva about Saint Teresa D'Avila. From 2016 many other important shows have been produced by the company: Hagar la schiava by Adonis, one of the most important living Arabic poets; Trallalero Trallalà, la Gazza ladra è ancora qua, from an iln illustrated children's book by the international cartoonist and scenographer Emanuele Luzzati; Il lungo viaggio inspired by Leonardo Sciascia's short-story and performed close to the French border, at the Balzi Rossi Museum in Ventimiglia; La mia casa è dove sono, inspired by the title of a book by Somali-italian author Igiaba Scego and, in 2018, Una sottile voce di silenzio, a show conceived by the late Roberta Alloisio and performed by some of her most beloved artistic collaborators and friends. The 20th edition of the Suq Festival ended with the production of La frontiera a Ventimiglia. This performed reading is based on the book “La Frontiera” by Alessandro Leogrande, who describes the crossing of the Mediterranean with sensitivy and accuracy. Have a look at our theatre productions.

Have a look to our theatre production

The first educational experiences of the Suq Company came in 2009: theater workshops, conferences for students and teachers and educational projects in the Ligurian schools and at the University. Since then, the objective hasn't changed: to make people know non-violence and multiculturalism.

The training projects are not only focused on students but also on older generations such as the “Caregivers chorus” project which involves caregivers, usually coming from different countries, and senior citizens.
Over the years, these educational projects have become an important source of funding for our activities.

Open to everyone, a lot of workshops on music and theaters with the artists of the Suq Company take place all year.

Find out more about our training projects 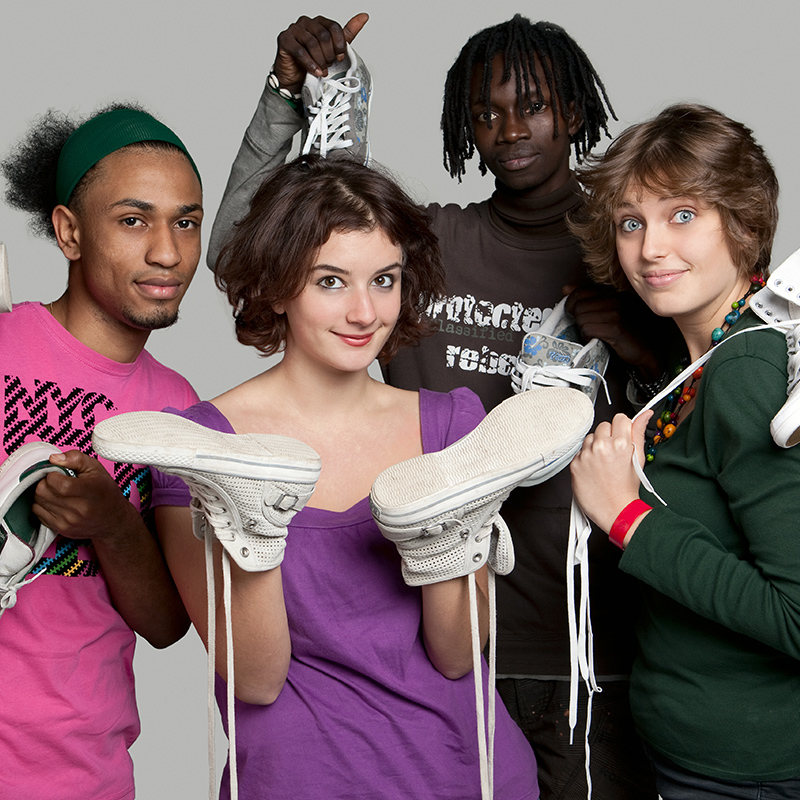